World War Two marked a changing point in the use of battle weaponry.

The global conflict forced manufacturers to up their game, with the result that some of the most iconic rifles in battle history were brought to market.

Fortunately, the airsoft WW2 replica market is thriving, allowing you and I to handle, fire, and own weapons that are as close to the real thing as you are ever likely to get.

In this article we present you with in depth reviews of the five best WW2 airsoft guns on the current market.

We’ll also provide you with an FAQ to answer your World War Two airsoft gaming questions.

The AGM MP44 is an extremely impressive replica of the original Nazi weapon.  It has the feel and handling that you would expect and looks just like the real thing. The external receiver and outer barrel are made of metal.

It is finished in black paint which looks good while also providing it with a protective coating against scrapes and knocks.

The wooden stock of the original has been replaced with ABS plastic (though it looks very real). Also, there is a slight wobble in the stock, which was a design fault on the original WW2 rifle!

The AGM MP44 stock is made from ABS plastic, but you wouldn’t know it by looking at it. Just like with the original, there is a slight wobble in the stock.  This is due to the way that the stock fits into the receiver. This is an excellent airsoft skirmish gun which will easily take down an opponent at 50 yards.

It has a velocity of 431 feet per second firing a .25 BB and features a 430 round high capacity magazine. That is some pretty impressive firepower!

The AGM MP44 is a full size 1:1 replica of the classic German weapon that looks extremely authentic and produces tremendous performance and firepower.

It is made from high grade materials and is so accurate that it even includes a design fault of the original (slight wobble in the stock).

This model also represents exceptional value. We highly recommend it for any serious WW2 airsoft battler.

The Thompson M1A1 is a very authentic looking replica of the famous Thompson sub-machine gun.

The stock of the rifle is made from ABS plastic rather than wood, which makes it considerably lighter than the real deal. The butt stock, pistol grip and hand guard are plastic, but everything else is metal.

Although the The Thompson M1A1 looks very authentic, there are a couple of anomalies with it. Unlike with the original Thompson sub-machine gun, it does not have a retractable stock.

Also, the wooden looking stock is actually made from ABS plastic which makes the gun much lighter, so you are not getting an authentic handling experience.

The firepower of this gun is outstanding, with a velocity of 466 feet per second, firing .12 BBs. You get a full metal gearbox complete with metal bushings and reinforced steel gears, which add immeasurably to the accuracy of this weapon. This rifle also comes with a two-way adjustable rear sight.

The Thompson M1A1 is as close a replica to perhaps the most famous sub-machine gun ever invented that you are likely to get your hands on.

But it not only looks great, it also performs exceptionally well.

There are a couple of minor anomalies but, overall, this is a fantastic replica Thompson airsoft rifle.

Your can read our full Thompson M1A1 review here.

The Wingun Mosin-Nogant M44 is a very authentic bayoneted version of the classic WW2 rifle.

This model is CO2 powered. All of the internal parts are metal, along with some of the externals.The body of the rifle is made from ABS plastic, but at a distance it is very difficult not to think that it is wood.

This rifle weighs in at 8.2 pounds.This makes it a relatively heavy rifle, especially for people who are new to airsoft battling.

The wooden parts on the original are made from ABS plastic on this replica. And, even though it looks awesome, you should probably dismantle the bayonet when you are engaged in airsoft battle.

The addition of the bayonet is a great feature.

The tip of the blade is blunt but you will probably not want to actually use it on the battlefield as it could still do some serious damage if propelled toward someone with force.

This rifle has a velocity of 480 feet per second, which may be too extreme for some Battlefield competition rules.

The Wingun Mosin-Nogant M44 is a faithful replica of the original weapon, complete with bayonet.

Its metal internals ensure accuracy and the CO2 power gives good velocity. Even though the wooden parts are plastic, they look very realistic. Beginners, however, may find it a little heavy to lug around.

This model features  several innovations that sets it apart from other M1911’s that are on the market. One of the best is that the magazine allows you to pour the BBs in rather than loading them individually. This saves you crucial time when you’re in the heat of battle.

The Elite Force M1911A1 has a very high velocity for  close quarters pistol engagements. Be careful that you don’t cause too much damage to the other guy. The threaded tip of the barrel is not true to the original.

The Elite Force M1911A1 matte black finish provides you with a very authentic look. The 14mm counter-clockwise threaded barrel allows you to add a silencer to make this weapon even more authentic in appearance.

You get black plastic grips on this pistol for a firm hold.

The magazine holds sixteen rounds and the velocity of this pistol is 340-380 feet per second with a .20 BB load. You also get an adjustable hop for pinpoint accuracy.

Throw in an attractive price point and it’s not hard to see why this pistol is highly recommended.

The Evike WE WW2 Metal Luger is a very realistic looking gas powered full metal Luger replica. It features an adjustable rear sight which is a nice touch.

The magazine hold fifteen rounds and delivers an adjustable hop for enhanced accuracy.

The Elite Force M1911A1 has a very high velocity for  close quarters pistol engagements. Be careful that you don’t cause too much damage to the other guy. The threaded tip of the barrel is not true to the original.

The 14mm counter-clockwise threaded barrel allows you to add a silencer to make this weapon even more authentic in appearance. You get black plastic grips on this pistol for a firm hold.

The magazine holds sixteen rounds and the velocity of this pistol is 340-380 feet per second with a .20 BB load. You also get an adjustable hop for pinpoint accuracy.

The Elite Force M1911A1 is a great choice when you’re entering into airsoft battle skirmish action.

It looks extremely authentic, while also delivering great blowback and impressive accuracy. Throw in an attractive price point and it’s not hard to see why this pistol is highly recommended.

What are the most famous weapons from WW2?

World War Two marked a turning point in the use of weaponry in war. New technology made the craft of killing far more effective. Here are the 10 most famous guns of that time:

Are there full metal WW2 replicas?

Obviously, you will pay a lot more for a full metal weapon than one that is made from plastic.

A couple of great examples of extremely authentic looking full metal weapons are the AGM Matrix Schmeisser MP-44 All Metal Real Wood AEG and the M3 Al Full Metal Grease Gun both of which retail at around $300.

Yes, there are some fantastic and extremely authentic-looking World War Two sniper rifles on the market.

Three of the most famous sniper rifles used during the six-year conflict, for which you can find airsoft replicas are:

How often can you find WWII themed airsoft battles?

Themed airsoft gaming is becoming increasingly common, with World War Two themed battles being by far the most popular.

However, airsoft World War two battles should not be confused with re-enactments.

Re-enactments aim to emulate the actions of specific real life people and to match their actions during the engagement.

They also go to great lengths to get everything just right down to the last detail.  Airsofters are more concerned with the general styling of the battle, not every detail.  It is more about the general appearance and atmosphere of the battle.

To keep on top of where World War Two themed airsoft battles are taking place, your best bet is to join a club or association.

You’ll pay a lot more than a standard airsoft gun but, if you’re a World War guy, you’ll happily pay that extra cost.

The overall best WW2 airsoft gun on the market is the AGM MP44, which delivers pin-point accuracy combined with detail-oriented authenticity.

The best WW2 airsoft pistol is the Elite Force M1911A1, with its awesome blowback and uncanny accuracy. 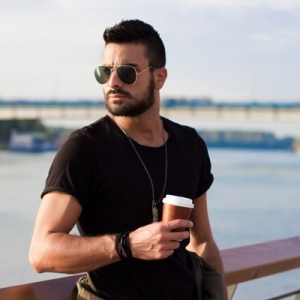 How To Deal With Airsoft Snipers: Beat Them Every Time

How To Get Better At Airsoft: 9 Easy-To-Follow Tips

How Airsoft Battles Work: A Guide For Newbies